A new, lighter weight version of the Falcon Claw is being planned to enable compact haulers and yarders to take advantage of the technology.

Compared to the original Falcon, the new compact model will be 800kg lighter, tipping the scales at around 1300kg, and will deliver a maximum payload of approximately 4 tonnes, against 8 tonnes for the larger carriage.

The grapple arms will open to 1.6 metres tip-to-tip, compared to 2.2 metres for the larger model, but will still have a similar closing force of around 29 tonnes. The closing speed of 3.5 seconds will also be the same. The smaller model will also be able to operate on a tandem carriage system that DC Equipment is currently working on, thus enabling it work on a standing skyline. The tandem carriage would clamp to the skyline via an accumulator and lower the grapple carriage once it arrives over the tree recovery location.

The first full-size FFC grapple carriage was introduced in 2011 with one of Dale’s Moutere Logging crews and now all his crews are equipped with them and other contractors have also purchased them – with 15 produced to date. Moutere crews are now up to 95% utilisation with the grapple carriages. With breaker-outs not required very often, it has released some into falling, so they can be rotated and kept fresh and
safer.

Another innovation in development is the addition of an extra arm on the grapple that will hold trees already within the claw to enable the operator to multi-bunch. Studies have led DC Equipment to believe that the arm
could deliver a 30% increase in the number of trees brought up to the landing. It is being designed to be retro-fitted to existing
carriages and would be incorporated into new ones.
Other ideas being worked on by Dale’s team include crew voice recorders that will enable recordings of instructions and conversations to be stored just like those an aircraft, for use should an incident need to be investigated; automated hauler controls, which are already in development; and a carriage equipped with a felling head, which
has been tested.

This content was republished with permission from the NZ Logger Magazine. For more information visit: www.nzlogger.co.nz 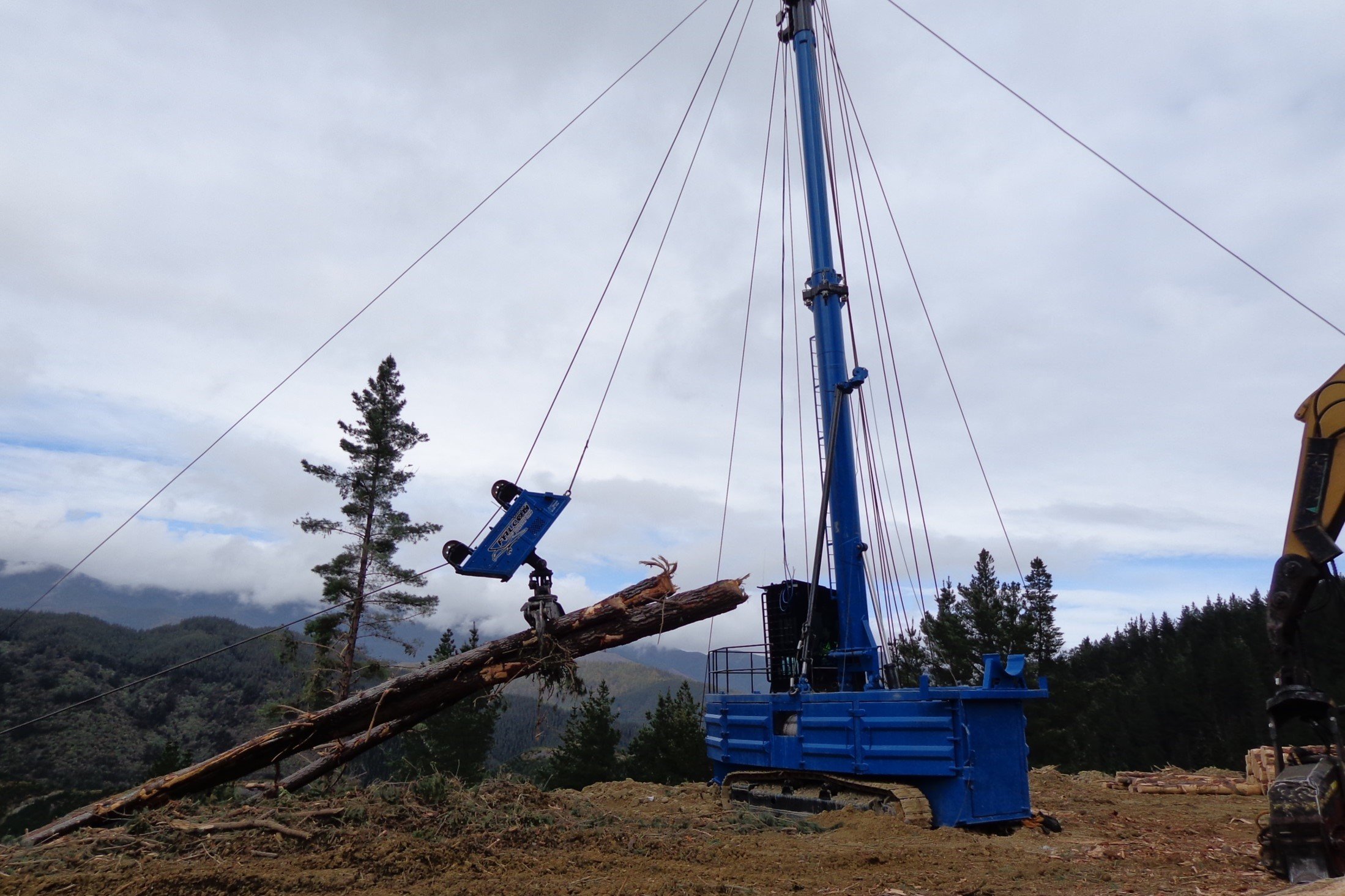 A tip to keep yarders standing Making Full Use of a Grapple Carriage