A new High-Definition camera created for use on yarder/hauler grapples not only makes it easier to spot trees on the ground, it also promises to significantly cut downtime caused by faults or damage.

That’s because the new Falcon camera comes with a spare module that can be called on if the original one stops working. It also comes with a courier pack so that the faulty/damaged module can be immediately sent back to the manufacturer, Nelson-based DC Equipment, to test and fix before returned to be used as the new spare.

Not that the team at DC Equipment are expecting a deluge of faulty HD camera modules to come their way.

More than two years of research and development has resulted in an HD grapple camera that is even more robust and reliable than the original version introduced in 2013. And very few of those cameras ever let down crews that have operated them.

“We’re not only providing a much-improved camera system, we’ve also addressed the practicalities of working in a harsh environment and providing crews with an essential back-up to keep them working,” says Hayden Campbell, Marketing Manager with DC Equipment.

“Let’s face it, in forestry no machine is fool-proof because of the nature of what you are doing and the environment you are working in, and the grapple camera system probably undergoes some of the most punishing forces out of any piece of equipment that you can think of. It’s now a crucial item – you can’t operate your swing yarder to pull 400 or 500 tonnes without that camera.

“This new system enables them to swap it out and carry on. The fault may just be a loose connection but it’s still a hassle if it won’t work and you don’t have the time or the wherewithal to fix it. We can do that while your crew continues to work. No downtime.”

That’s not all. The improved clarity of the new HD camera allows the operator to see trees on the ground much easier, leading to faster wood recovery and increased productivity. It will pay for itself in no time.

Prior to releasing the new Falcon HD camera to the market, the DC Equipment technical team trialed the system with an independent harvesting crew near Nelson and the operator enthusiastically told them the picture was so good he could even see individual pine needles before dropping the grapple down to grab to the stem.

Barry McIntosh, Product Manager with DC Equipment, explains that the new camera is a low latency, ultra high definition type that is used in by broadcasting professionals.

“It provides a much clearer image in a wide range of light conditions, with much better colour definition. It’s surprising the effect it has – operators aren’t having to squint or strain to see the trees and, as a consequence, they suffer less fatigue because it’s a lot easier to pick out the trees when you are a lot further out.”

Barry says the transmission system has also been upgraded and there is much less likelihood of the signal dropping out in poor operating conditions.

Find out more about the Falcon HD Camera here. 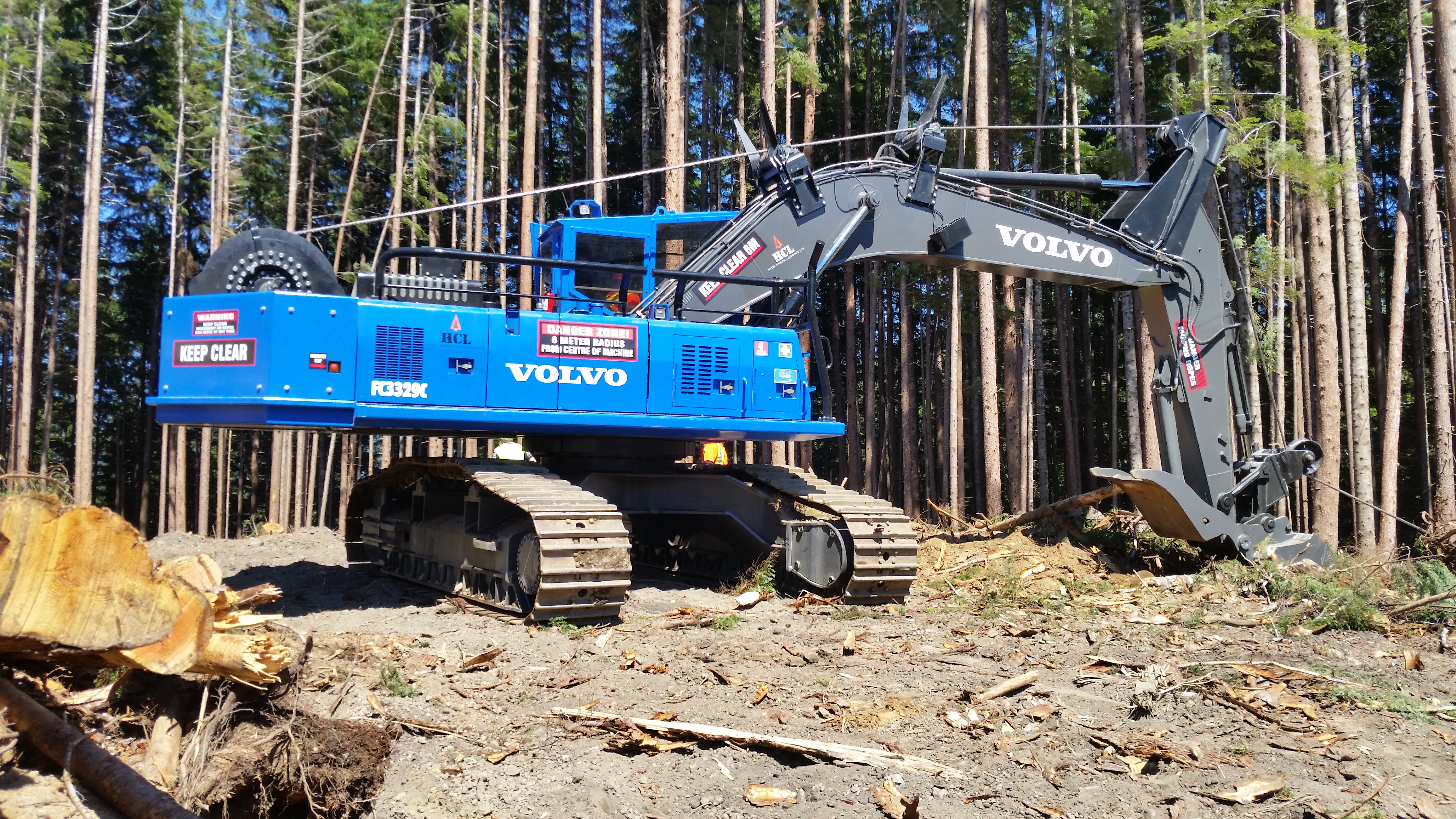